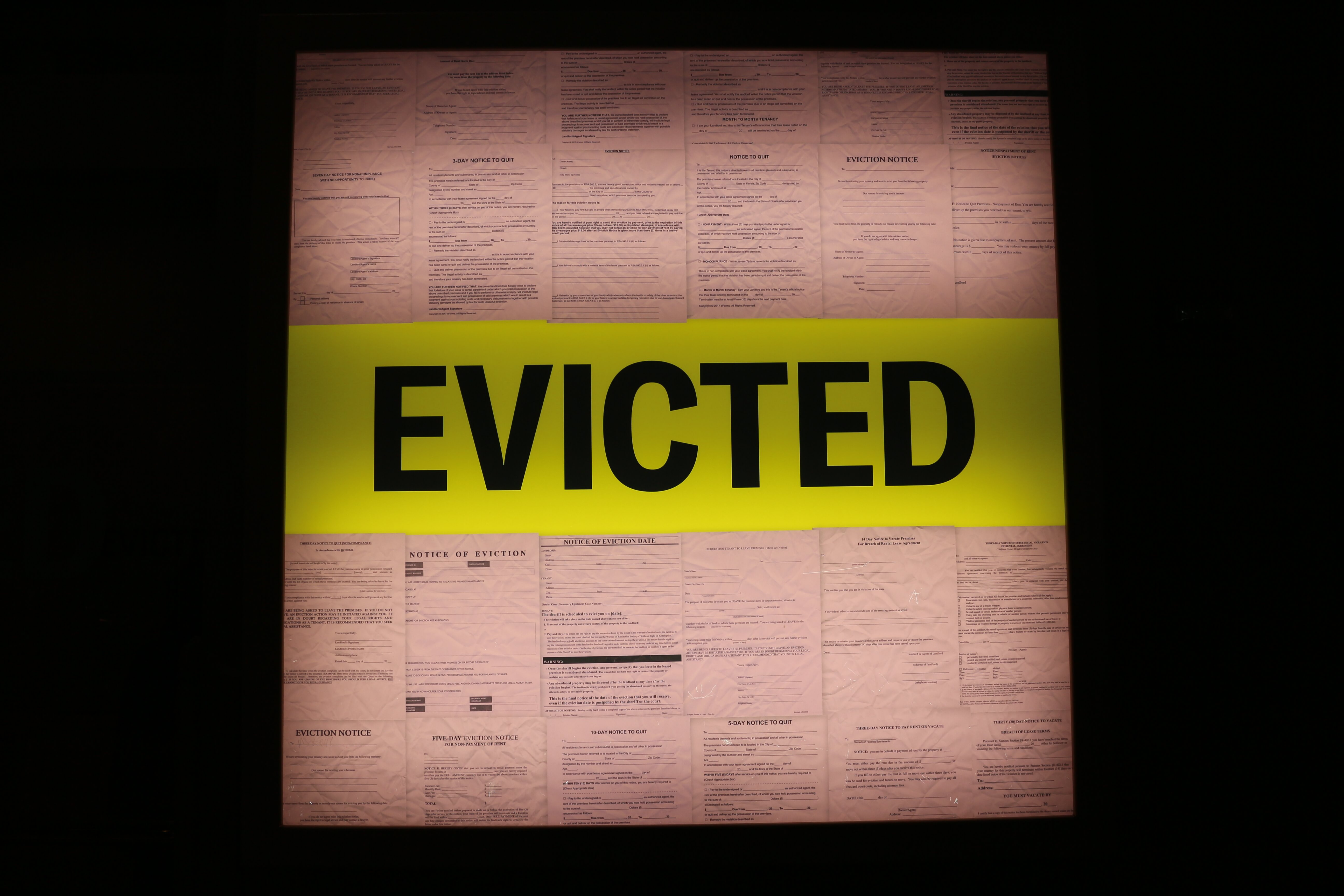 On January 24, James Hendrickson and Lavar Edmonds, of the Eviction Lab, delivered a presentation on the organization’s work, which has established the first dataset and research tool focused on eviction rates in the United States. The talk was held at the National Building Museum, which currently features the “Evicted” exhibit, exploring the causes and impact of evictions through photographs and stories reflecting the affordable housing crisis, on display through May 19, 2019.

The Eviction Lab, founded by Matthew Desmond in 2017 and based out of Princeton University, compiled data on evictions dating back to 2000 and made this information available and accessible to the public. Their unique tool enables users to search eviction data by state or county and has filters based on census data and eviction proceeding filing rates vs. actual eviction rates.

According to the Eviction Lab, 19-20 million people are eligible for housing assistance in the United States, but 75% of that number receive none. In some communities, low eviction proceeding filing rates and the unavailability of records make it difficult for researchers to fully know the extent of the issue. However, from trackable data in 2016, Eviction Lab’s team was able to find that there were 2,350,042 eviction filings with 898,479 households receiving eviction judgments. This means an estimated 2.3 million people – many of them children – were evicted in 2016, roughly 6,349 per day. The areas with the largest numbers of evictions are in the Southeast, including Virginia and South Carolina. Contrary to popular belief, the problem does not only exist in large, heavily populated cities, but also in rural areas and smaller cities.

The Eviction Lab seeks to use their data collection to help to determine what is driving evictions and establish why eviction data matters. As different states and regions employ varied administrative systems, it is difficult to standardize the data and obtain exact numbers on how many evictions are occurring and what they mean. The Eviction Lab partners with local experts, such as legal aid groups, to interpret and synthesize the information. There is a common poverty narrative to the problem, but while that is a large part of the issue, it is not the only cause of high filing or eviction rates. For example, landlords take the same residents to court several times and use the court as a sort of debt collector, which is, as Edmonds stated, not the purpose of the housing courts. These are known as “serial cases,” and are particularly prevalent in states like Virginia. There are other common issues associated with eviction, such as mental health, family stability, employment stability, and health and education of children. The data is particularly useful to policymakers and advocates in understanding what laws and policies are effective in stemming eviction rates, what neighborhoods are especially vulnerable and other related problems or causes. The Eviction Lab plans to create a national, centralized database with information they are still gathering, but encourages interested parties to utilize their available studies and research to increase awareness of the housing crisis. All of their data and related work is available for download, free of charge, on their website.